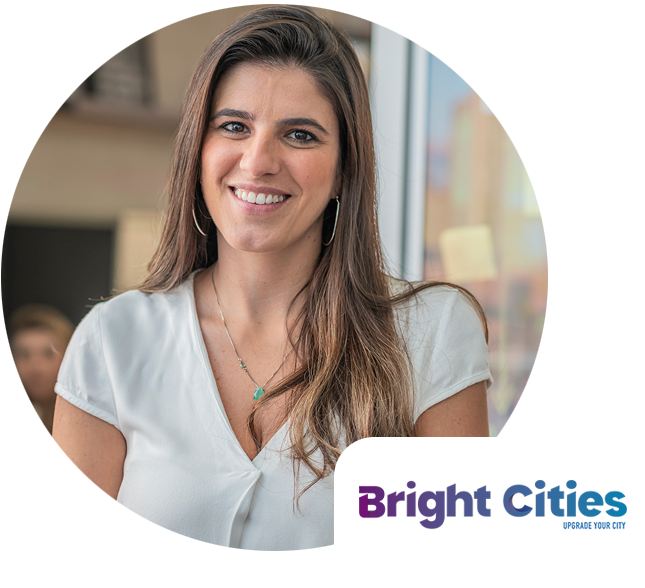 Raquel Cardamone is Bright Cities CEO, a disruptive platform that converts cities from any scale or nationality into a smart city using a pioneering methodology.

Raquel has been working for over 15 years in the corporate world and has collaborated with local and global companies of communication, consumption and technology, such as IMB, MARS INC. and Abril Group.

In 2013 she launched Bright Consulting, a consulting company that operates in the urban mobility area and the automotive sector. In 2015 she became a smart city researcher at the University of Campinas – Unicamp, and has since become a reference in the subject.

For the last five years Raquel has been participating in the Smart City Expo World Congress in Barcelona, the leading international event focused on cities and smart urban solutions. She also currently works as Unicamp’s professor in the Smart Cities extension course and is part of the Brazilian Committee ABNT/CEE-268.

Raquel has a degree in Business Administration by FACAMP, with graduate studies in Social Entities Management by FACAMP and Marketing by IBMEC. She also started a master’s degree in Smart Cities in Electrical Engineering at the University of Campinas.